The Future Of Video Production 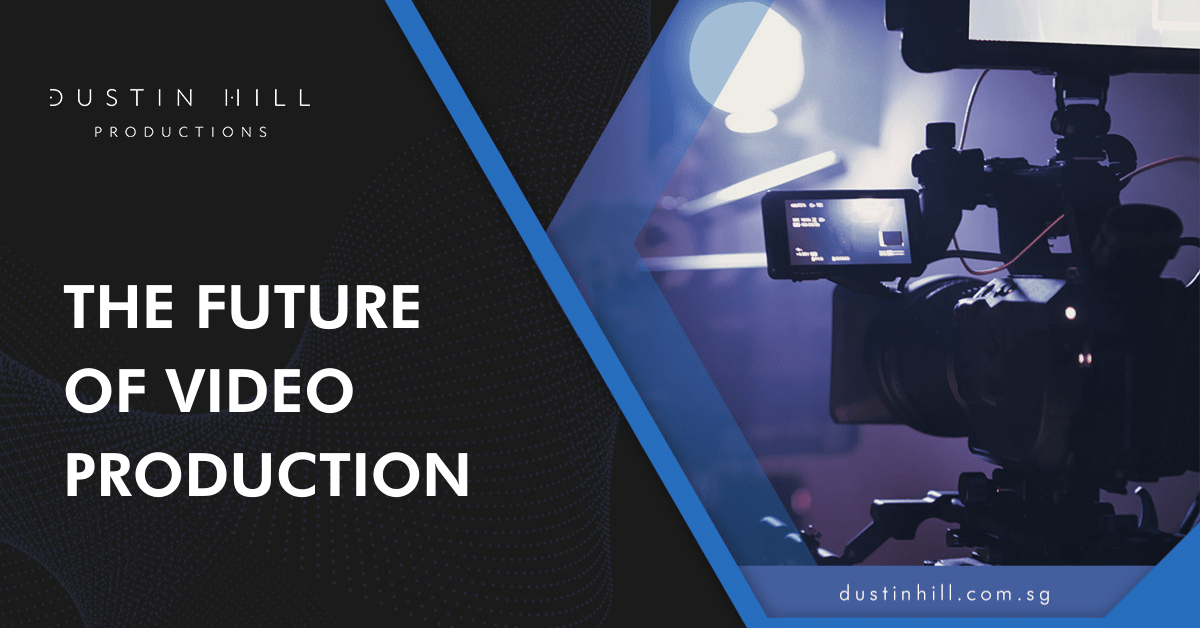 In the past, video production used to be an expensive and time-consuming procedure. New technical breakthroughs, on the other hand, have made it much easier and more economical, and accessible than ever before. As a result, businesses are increasingly turning to video to promote their products and services.

With the constant rise and evolution of technology, the future of video production looks not only promising but exciting as well. The addition of new gadgets and features is allowing us to add elements to videos that were not possible even a few years ago!

In such a short span of time, there have been so many advancements in the field of video production that there is no saying what the future will hold. But, based on recent trends, there are a few areas that are sure to stick around and continue to impact the way videos are produced. Let’s take a look at what those trends are:

The traditional rectangular screen is no longer the only option for video production. Augmented reality (AR) and virtual reality (VR) are rapidly changing the landscape of video production, offering new ways to captivate and engage audiences.

AR allows viewers to interact with digital content that is overlaid in the real world while VR transports viewers into a completely immersive digital environment. As AR and VR technology continues to evolve, it will open up new possibilities for video producers to create innovative and engaging content.

As these immersive technologies become more commonplace, more video producers will likely integrate them into their work in the future. One study found that the global market for AR and VR is expected to reach $296.9 billion in 2024! (source)

4K video production is quickly becoming the new standard in the video production industry. While 4K has been available for consumer purchase for a few years now, it is only recently that 4K cameras and production equipment have become affordable for professional use.

4K offers a significant advantage over traditional HD video, with four times the resolution and twice the frame rate (source). This allows for much more detailed and realistic footage, as well as smoother playback. That’s why, YouTube and Netflix are now both 4K compatible, because of the increasing popularity as well demand for this resolution.

As 4K technology continues to develop, it is clear that it will soon become the new standard for video production.

The role of video in social media marketing is constantly evolving. And this figure reflects the fact that social media is used by 58.4 per cent of the world’s population. The average daily use is 2 hours and 27 minutes (source).

In the early days of platforms such as YouTube and Facebook, video was primarily used as a supplement to written content. However, in recent years there has been a shift towards video-first content, and this trend is only set to continue in the future.

In the future, social media platforms will place even greater emphasis on video content, giving businesses even more opportunities to reach a wider audience. That means, perhaps in the future, we will see more powerful platforms such as YouTube, Instagram, and Twitter, which will provide a greater chance to harvest the power of social media.

The future of video creation is uncertain, but one thing appears certain: artificial intelligence (AI) will play a critical role. Video content is becoming increasingly popular and AI can help filmmakers to keep up with demand by automating various tasks involved in the production process.

For example, AI can be used to analyze scripts and flag potential problems, identify locations that match the vision for a particular scene, and select the best takes from multiple takes of a scene. AI can also be used to generate realistic computer-generated images (CGI) which can be used to create special effects or entire environments.

As AI technology continues to develop, we’ll likely see more and more video production companies adopting AI-powered tools and workflow. The possibilities are endless and AI will play a pivotal role in the future of video production.

The future of video production is looking exciting and we are preparing for it. With the rapid changes in technology, video production is becoming more important than ever before. As a business, you need to be ready for this change by working with a company that understands the latest trends and technologies. That’s where Dustin Hill Productions comes in.

With our help, your business can enjoy top-quality video production that sets you apart from the competition. Contact us today to enjoy the benefits of our cutting-edge video production services tomorrow.