What Are The Steps Of An Animation Production Process? 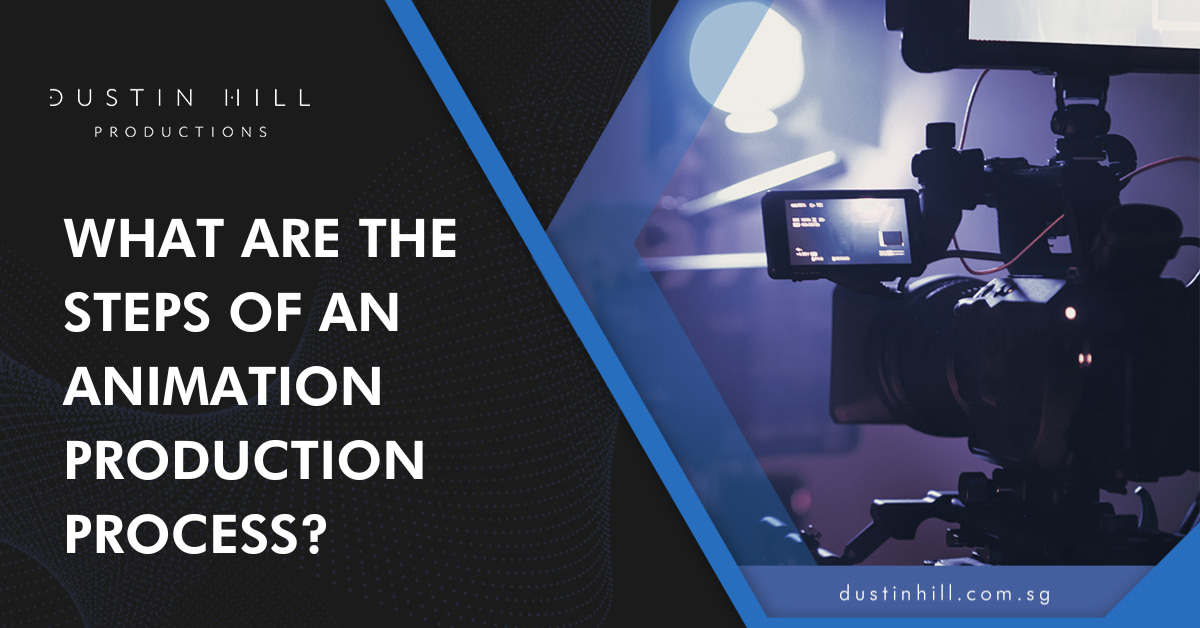 Understanding the animation production process is crucial whether you’re making your own or wanting to hire a video production company. It could seem a bit enigmatic to you if you have not previously dealt with it. Although every project is different, the stages of making an animation are typically the same.

By simplifying complex ideas into engaging motion graphics, brief and effective animated videos can clearly explain the core content to the viewers. This blog post will discuss the steps of an animation production process. Let’s get started:

It is the first step in the animation production process every animation company follows. First, the companies ask clients about details such as their brand value, services or products, and target market in a brief that they give the clients. Then, maybe an online meeting takes place after that between both parties.

If you have plans to create a video on your own, ensure you study the subject thoroughly. To determine the best strategy to spread the right words about your brand, you should research that also set the market.

The script is an integral part of creating a great explainer video. First, the creative team of an animation company collaborates to present the ideal concept, which then turns into a complete script. Animated videos should be no longer than 2 minutes, or 120 seconds, in script length. However, if it’s an explainer video, 60 to 90 seconds long seems perfect.

The storyboard helps you understand the animation’s structural parts and how the voice-over will work with the pictures. However, it’s necessary to remember that the storyboard only serves as an explanation of the plot. Imagine a simple comic strip drawn in pencil.

Storyboards enable clients to witness the process and determine whether things are moving in the correct direction, which prevents delays, given that the animation production process takes some time. There are tools available that allow you to make online storyboards without wasting much time.

Next comes full-colour visuals so you can have a good idea of what the final product will look like. The visuals include texts, characters, backgrounds, icons, colour schemes, and more, depending on your video. After receiving your approval, animation companies will develop the entire script with the final images.

Now, it’s time to give voiceovers. Who will narrate the story? If you think you can do this part, go ahead. You can also find someone else who is suitable for this job. The right voiceover can significantly improve a video’s message by supporting it.

As for video production companies, they possess a well-equipped sound studio and utilise their knowledge to find the ideal voice to create the right tempo for the animated video. As a client, it is advantageous if you provide any VO (voice-over) references so that the creative teams can assist in making the best choice.

It’s the most anticipated step among all. Based on the storyboard and script, you know what you intend to tell the viewers. Animation companies have their creative animators work on the illustrations after the clients agree with the previous steps. Next, an animated video consists of images timed to the music and voiceover. Finally, the animators give directions to the actors and others on the screen using advanced software.

Unsurprisingly, this step is one of the most challenging animation production processes and can take some time to finish.

Now that the video is about to complete, it’s time to pay attention to the sound effect. The entire process of developing and altering the background music, lower thirds, and visuals are known as post-production. There are possibilities that the music and sound effects can make or break your animated video. If it’s not pleasant on the ears, it may fail to fulfil the purpose of making that.

Animation companies have an expert team that works on editing and synchronizing the vocal recording, sound effects, and music with its visuals. Once they are done with the post-production, they send the final product to the clients for feedback on further changes.

These are the typical steps for an animation production process followed by animation companies. Now, you finally get the completed version of your animated video. However, the project often requires much time and work, depending on its complexity. For example, if it’s a 3D animation, the project appears more expensive than 2D since it takes more time to complete. Understand the difference between 2D and 3D animation.