Why Pre-Production Is The Most Important Phase Of Video Production 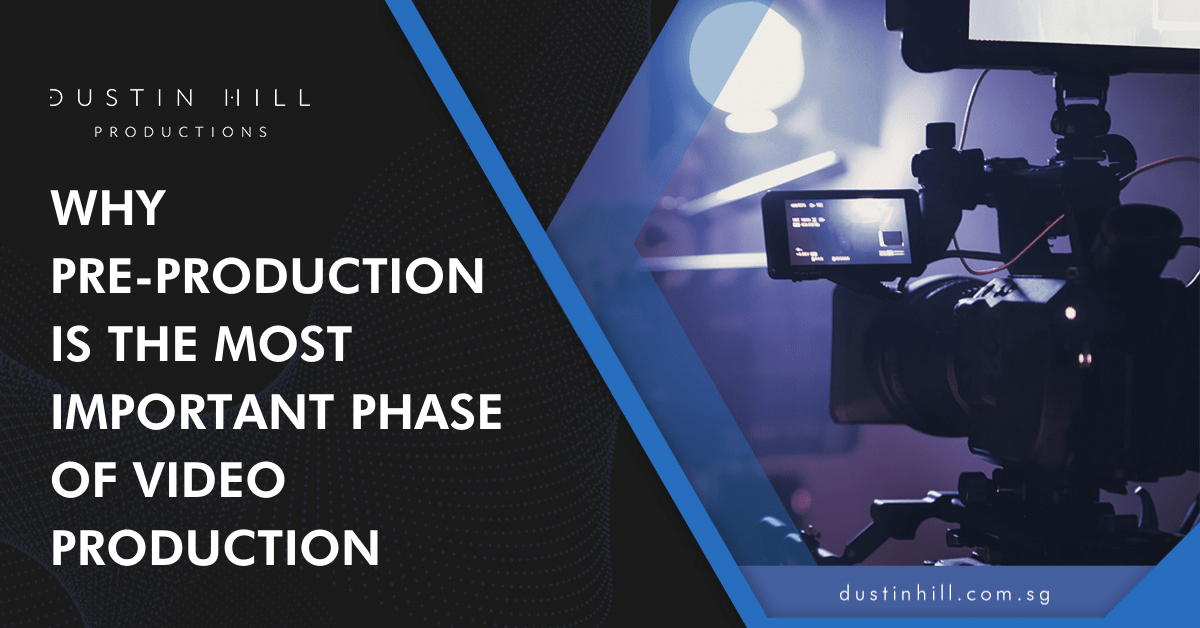 Whether you’re creating a corporate video, a commercial, or just a simple video blog, pre-production is the most important phase of the production process. This is when you’ll map out your strategy, plan your shots, hire your crew members and determine the necessary resources required to complete the project.

By taking the time to do things properly during pre-production, you can avoid costly mistakes and ensure that your final product is what you envisioned. So don’t skip this important step – it will make all the difference in the final product!

Why is pre-production the most important phase?

Some of the key things that make the pre-production process more vital include:

Before you can start shooting your film, you need to put together a production team. The producer will assemble the crew, which may include the director, writers, cinematographer, editor, and production designer, among others. Once the team is in place, they will work together to develop the story and create the look of the film. The producer will also secure the necessary funding and permits for the project. This phase of production can be crucial to the success of a film, so it is important to take the time to assemble a talented and compatible team.

Every film production is different, but some key steps are essential for every project. One of the most important things you can do during pre-production is to create a shot list and a schedule. The shot list is a document that lists all of the shots that you’ll need to capture during production. It’s important to be as specific as possible when creating your shot list. Include the location, time of day, and type of shot for each entry.

The schedule is a document that lists when each shot will be filmed. It’s important to create a realistic schedule that takes into account the availability of your cast and crew. Once you have your shot list and schedule, you’ll be ready to start production.

A storyboard is a tool used in pre-production to visually plan out a video. It is essentially a comic strip version of the video, and it can help plan camera shots, transitions, and other key elements. Storyboarding can be an extremely helpful step in video production, as it allows you to map out your ideas and ensure that everything flows smoothly.

Additionally, it can help communicate your vision to others on your team. If you are working with others on your video, storyboarding can help to ensure that everyone is on the same page and knows what needs to be done.

Before a film can go into production, a script must be written. Screenwriters create the dialogue and action that will appear on the screen, working within the confines of the film’s budget and timeframe. Screenwriting is a complex and challenging task, as it requires not only creativity but also a deep understanding of structure and storytelling.

The best screenplays are those that can capture the essence of the film’s concept and translate it into a compelling and cohesive story. Once everyone is satisfied with the screenplay, production can finally begin.

Before you can start filming your movie, you need to assemble your cast and crew. This can be a daunting task, but there are a few things you can keep in mind to make the process a bit easier.

Scouting is when you go out and look for locations that will be used in the film. It is important to find places that are appropriate for the scene and that will give the right look. There are many factors to consider when scouting locations, such as the size of the space, the lighting, and the accessibility.

You also need to consider the logistics of filming, such as whether there is enough space for the crew and equipment. Scouting can be a time-consuming process, but it is essential for ensuring that the shoot goes smoothly.

Producing a film is an expensive endeavor, and careful planning is essential to stay within budget. One of the key decisions that must be made during pre-production is how to allocate the budget. There are many factors to consider, including the size of the cast and crew, the locations that will be used, and the type of equipment that will be required. With careful planning, it is possible to produce a high-quality film without breaking the bank.

Producing a high-quality video takes a lot of hard work and dedication, but it’s worth it. The result will be a much better video that can help promote your business or product. If you are facing any difficulties during production, don’t hesitate to contact Dustin Hill Productions.

At Dustin Hill Productions, we pride ourselves on our ability to help clients through every step of the production process, from pre-production planning to post-production editing and marketing. We want to make sure your video is everything you dreamed it could be and more. Contact us today for the best video production services around!